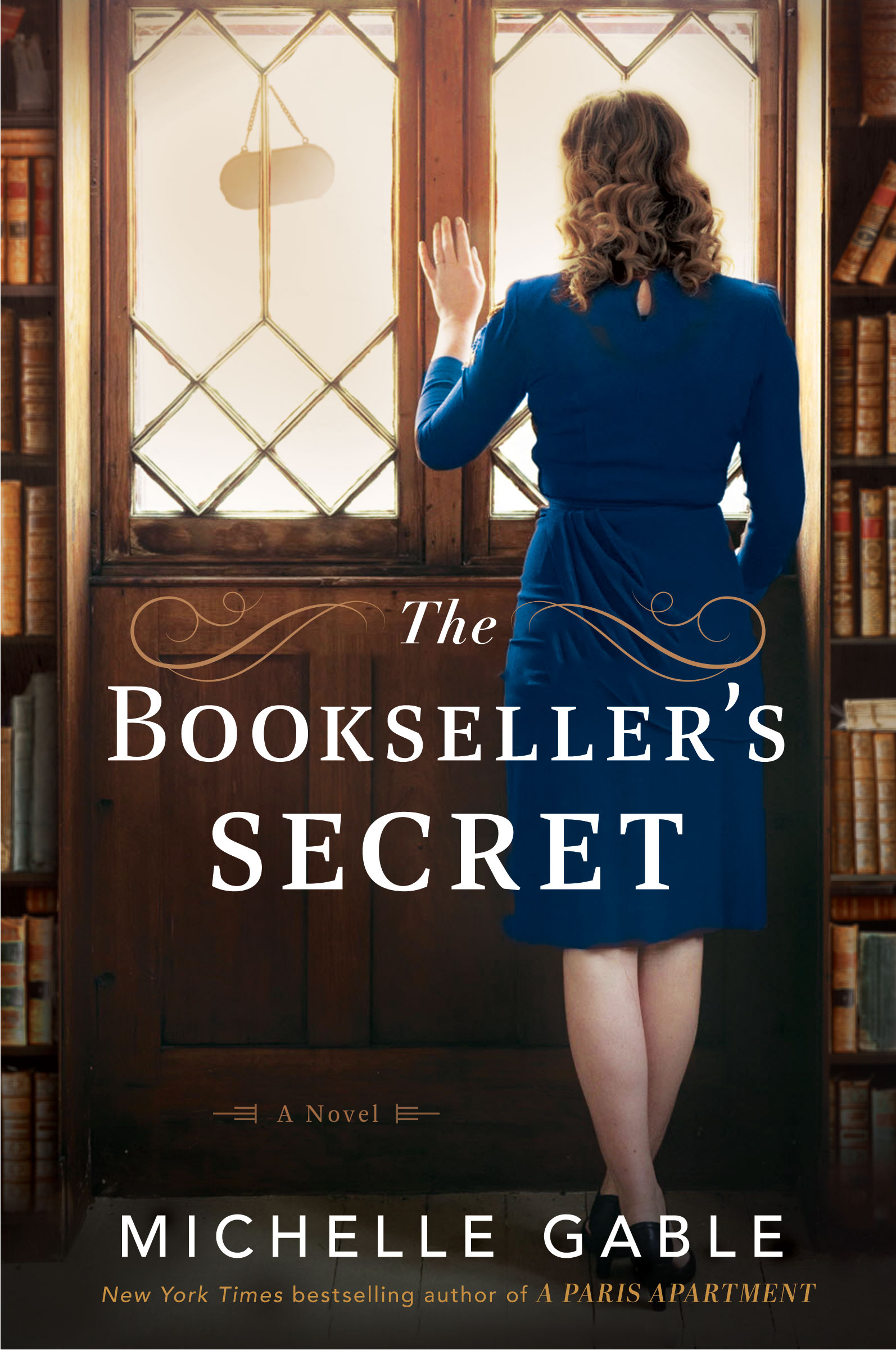 In 1942, London, Nancy Mitford is worried about more than air raids and German spies. Still recovering from a devastating loss, the once sparkling Bright Young Thing is estranged from her husband, her allowance has been cut, and she’s given up her writing career. On top of this, her five beautiful but infamous sisters continue making headlines with their controversial politics.

Eager for distraction and desperate for income, Nancy jumps at the chance to manage the Heywood Hill bookshop while the owner is away at war. Between the shop’s brisk business and the literary salons she hosts for her eccentric friends, Nancy’s life seems on the upswing. But when a mysterious French officer insists that she has a story to tell, Nancy must decide if picking up the pen again and revealing all is worth the price she might be forced to pay.

Eighty years later, Heywood Hill is abuzz with the hunt for a lost wartime manuscript written by Nancy Mitford. For one woman desperately in need of a change, the search will reveal not only a new side to Nancy, but an even more surprising link between the past and present… 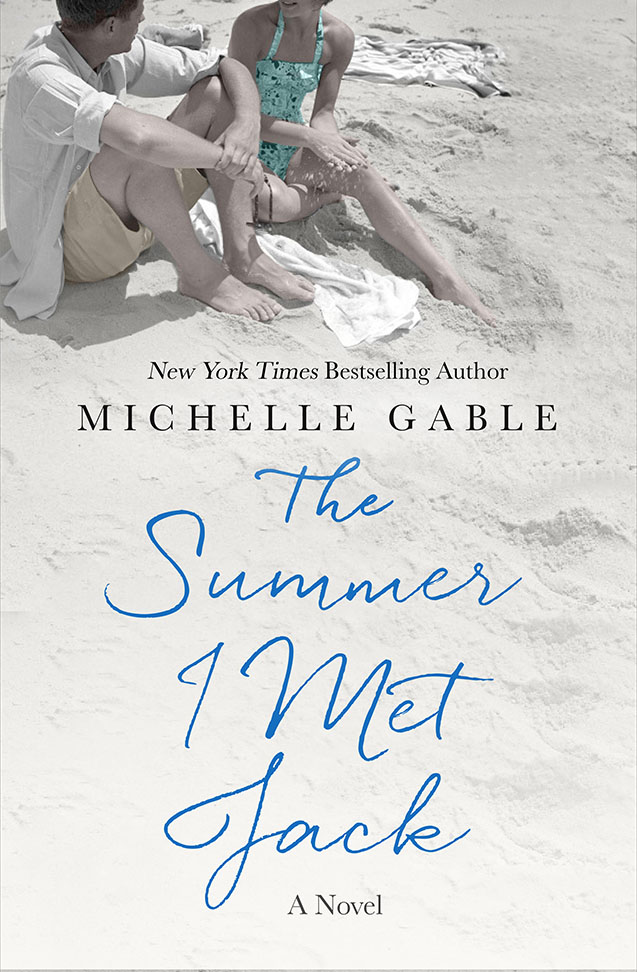 New York Times bestselling author imagines the affair between John F. Kennedy and Alicia Corning Clark – and the child they may have had.

Based on a real story – in 1950, a young, beautiful Polish refugee arrives in Hyannisport, Massachusetts to work as a maid for one of the wealthiest families in America. Alicia is at once dazzled by the large and charismatic family, in particular the oldest son, a rising politician named Jack.

Alicia and Jack are soon engaged, but his domineering father forbids the marriage. And so, Alicia trades Hyannisport for Hollywood, and eventually Rome. She dates famous actors and athletes and royalty, including Gary Cooper, Kirk Douglas, and Katharine Hepburn, all the while staying close with Jack. A decade after they meet, on the eve of Jack’s inauguration as the thirty-fifth President of the United States, the two must confront what they mean to each other.

The Summer I Met Jack by Michelle Gable is based on the fascinating real life of Alicia Corning Clark, a woman who J. Edgar Hoover insisted was paid by the Kennedys to keep quiet, not only about her romance with Jack Kennedy, but also a baby they may have had together.

The article behind the book. 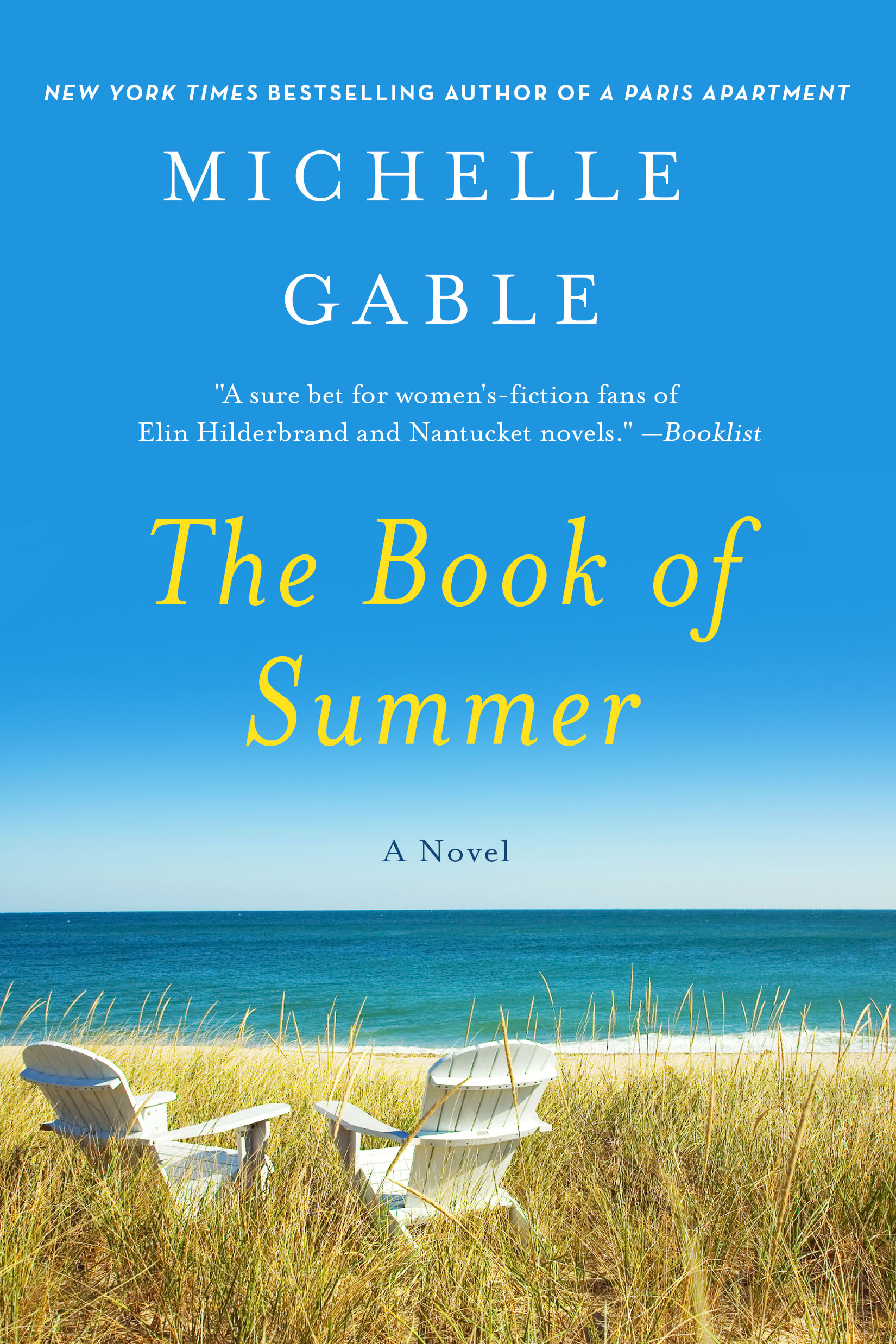 The bestselling author of A PARIS APARTMENT and I’LL SEE YOU IN PARIS transports readers to Nantucket.

Physician Bess Codman has returned to her family’s Nantucket compound, Cliff House, for the first time in four years. Her great-grandparents built Cliff House almost a century before, but due to erosion, the once-grand home will soon fall into the sea. Though she’s purposefully avoided the island, Bess must now pack up the house and deal with her mother, a notorious town rabble-rouser, who refuses to leave.

The Book of Summer unravels the power and secrets of Cliff House as told through the voices of Ruby Packard, a bright-eyed and idealistic newlywed on the eve of WWII, the home’s definitive guestbook, and Bess herself. Bess’s grandmother always said it was a house of women, and by the very last day of the very last summer at Cliff House, Bess will understand the truth of her grandmother’s words in ways she never contemplated.

The article that inspired The Book of Summer.

“Gable cleverly illuminates the past, revealing how it mirrors the present. This is a splendid multigenerational novel about the strength of the women of Cliff House.”   -Publishers Weekly


THE BOOK OF SUMMER: A Chat with Author Michelle Gable 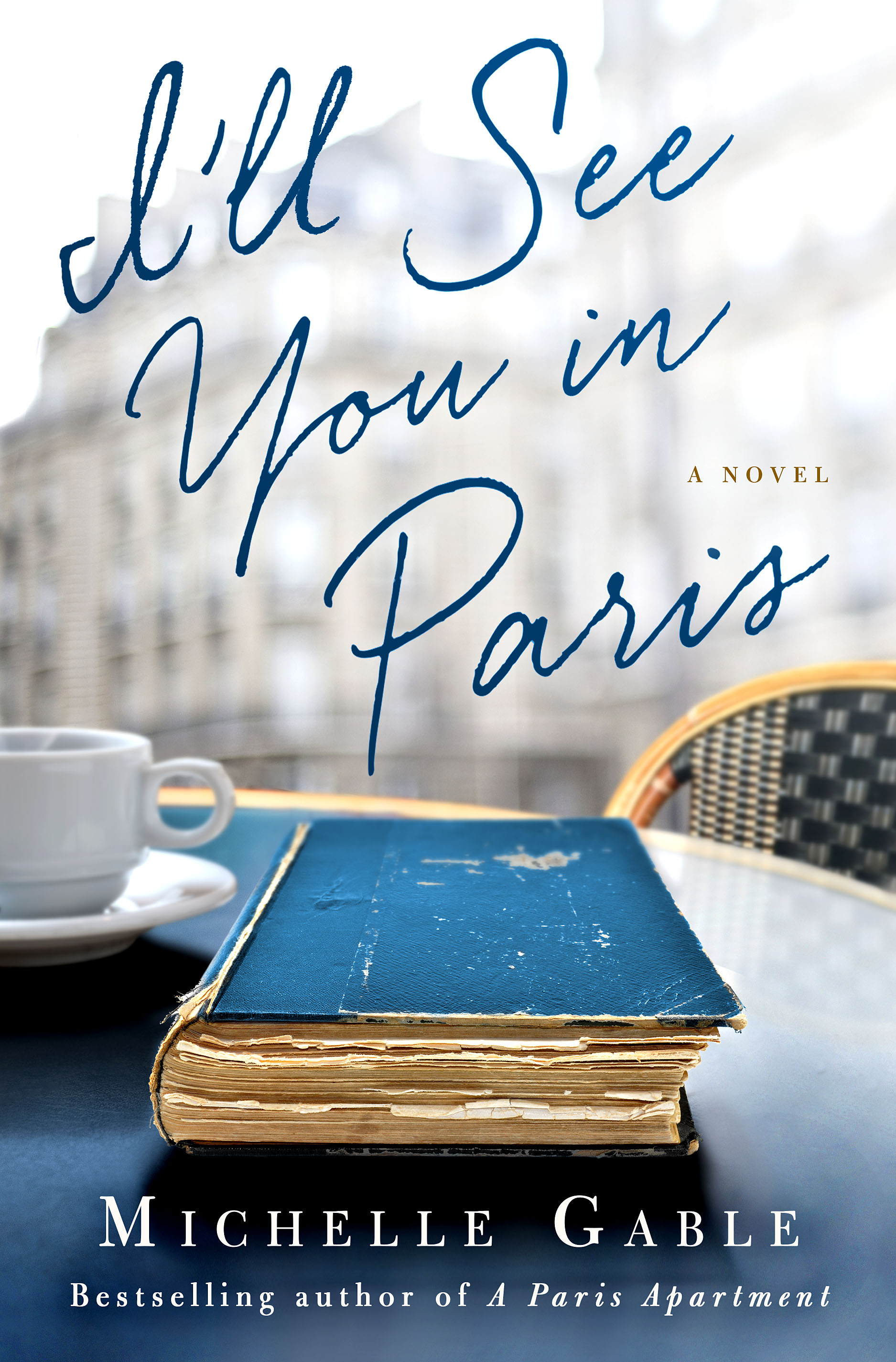 I’LL SEE YOU IN PARIS winds together the lives of three women born generations apart, but who face similar struggles of love and heartbreak.

After losing her fiancé in the Vietnam War, nineteen-year-old Laurel Haley takes a job in England, hoping the distance will mend her shattered heart. Laurel expects the pain might lessen but does not foresee the beguiling man she meets or that they’ll go to Paris, where the city’s magic will take over and alter everything Laurel believes about love.

Thirty years later, Laurel’s daughter Annie is newly engaged and an old question resurfaces: who is Annie’s father and what happened to him? Laurel has always been vague about the details and Annie’s told herself it doesn’t matter. But with her impending marriage, Annie has to know everything. Why won’t Laurel tell her the truth?

The key to unlocking Laurel’s secrets starts with a mysterious book about an infamous woman known as the Duchess of Marlborough. Annie’s quest to understand the Duchess, and therefore her own history, takes her from a charming hamlet in the English countryside, to a decaying estate kept behind barbed wire, and ultimately to Paris where answers will be found at last.

Learn about the Duchess here.


I’LL SEE YOU IN PARIS: A Chat with Author Michelle Gable 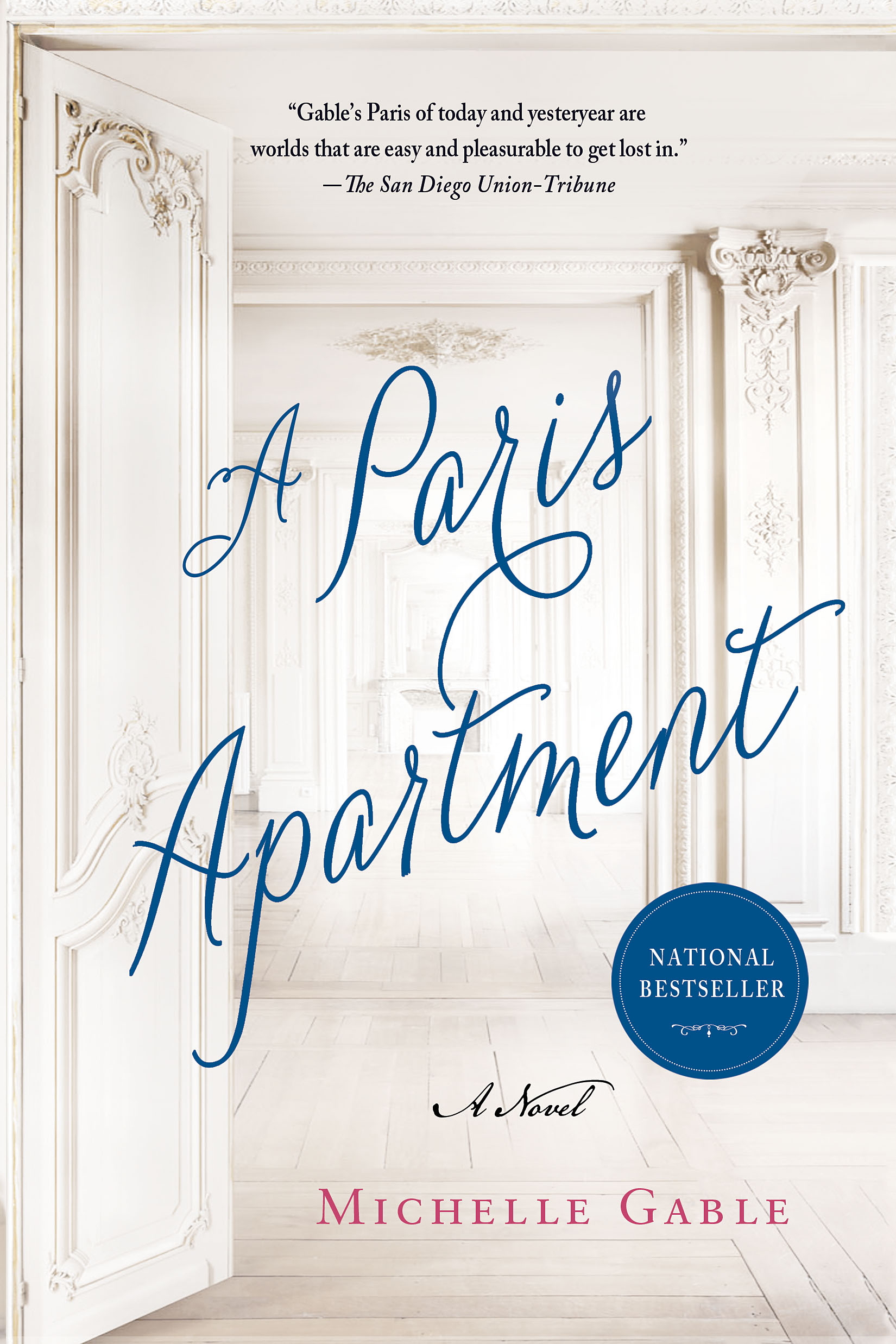 When April Vogt’s boss tells her about the discoveries in a cramped, decrepit apartment in the ninth arrondissement, the Sotheby’s continental furniture specialist does not hear the words dust or rats or shuttered for seventy years. She hears Paris. She hears escape.

Once in Paris, April quickly learns the apartment is not merely some rich hoarder’s repository. Beneath the dust and cobwebs and stale perfumed air is a goldmine and not because of the actual gold (or painted ostrich eggs or mounted rhinoceros horns or bronze bathtub). First, there’s a portrait by one of the masters of the Belle Époque. And there are letters and journals written by the woman in the painting, documents showing she was more than a renowned courtesan with enviable décolletage. Suddenly it’s no longer about the bureau plats and Louis-style armchairs that will fetch millions at auction. It’s about a life. Two lives, actually.

With the help of a salty Parisian solicitor and the courtesan’s private documents, April tries to uncover the secrets buried in the apartment. As she digs into one woman’s life, April can’t help but take a deeper look into her own. When two things she left bubbling back in the States begin to boil over, April starts to wonder if in this apartment or in this life, she’ll ever find what she’s looking for.

The article that started it all.