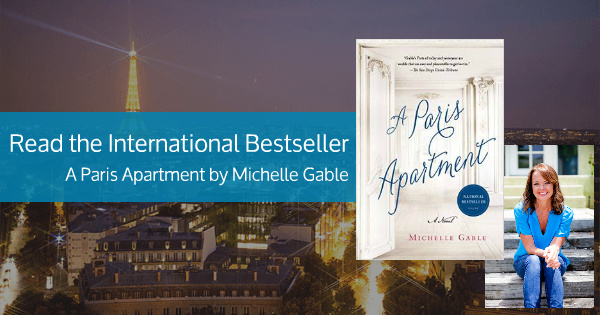 Why am I picking today to update my blog when the New Year has already been happening for a few days? To me this is the “real” start to the New Year. Vacations are over. People are back from their travels. It feels like the time to get down to business. No more parties (except for my daughter’s, who turns 11 tomorrow). No more excuses, no more “are you in the office?” BECAUSE OF COURSE YOU ARE IN THE OFFICE.

One of the reasons I’ve been so horrifically bad at updating my blog is because 2014 was insanely busy, life-changing, fun, sometimes stressful, and pretty much every thought/emotion in between, sideways, up and around. In 2014…

My family took an amazing trip to Paris and London. 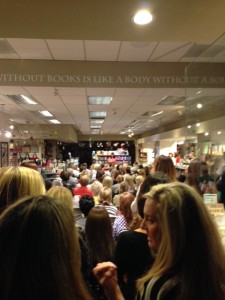 I realized my lifelong dream of becoming a published writer. The launch of A Paris Apartment at Warwick’s in La Jolla was one of the very best nights in my life. Bonus points: APA was published in three languages (fourth in March!) Double bonus: it became a bestseller in the U.S. and in Italy.

I signed a two-book deal, again with St. Martin’s Press/Thomas Dunne Books. They did such a fantastic job with A Paris Apartment I was so relieved, thrilled, etc. to get this chance to work with them again. I finished the first book of the new deal, and just received edits back in December. The paperback of APA will come out in June, with St. Martin’s Griffin imprint.

At my “day job” I got a semi-promotion though it was truly more lateral than anything else. I went from heading up Financial Planning & Analysis to heading up Investor Relations. In other words, I now get to focus on what was before my very favorite part of the job. That’s enough of a “promotion” for me.

I read a lot of great books.

There’s more but I’ll stop here. But mostly I’m grateful for the tremendous, unexpected, and stunning support for this whole book thing and also for the health of my family. It really hit home this year, in a way I never would’ve guessed, how tremendously important health is, and how easy to take for granted.

Speaking of, I wanted to mention that I decided to extend the India Phillips Foundation fundraising into December. For January, I’ve picked a local animal shelter Rancho Coastal Humane Society. We have a rescue kitty and, as luck would have it, ended up with a bunny on Thanksgiving (long story). I’m hoping a dog from Rancho Coastal is in our near future. Just have to get the husband the rest of the way on board. 😉

I hope everyone had a wonderful holiday season. And before I go, I do have to mention one last thing. The smart, talented, gorgeous Cindy Crawford actually read and liked my book: 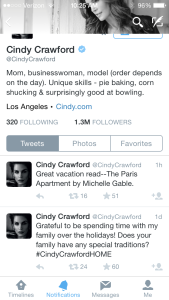 A happy, thrilling shock. My first thought was, “I don’t think Cindy Crawford even knows my mom?” Not to mention, the Chargers lost to Kansas City that day, in brutal fashion and eliminating their chance at the post-season. So thank you to Cindy for making that day brighter with one little tweet.

HAPPY HAPPY 2015 EVERYONE! May all your hopes and dreams come true.